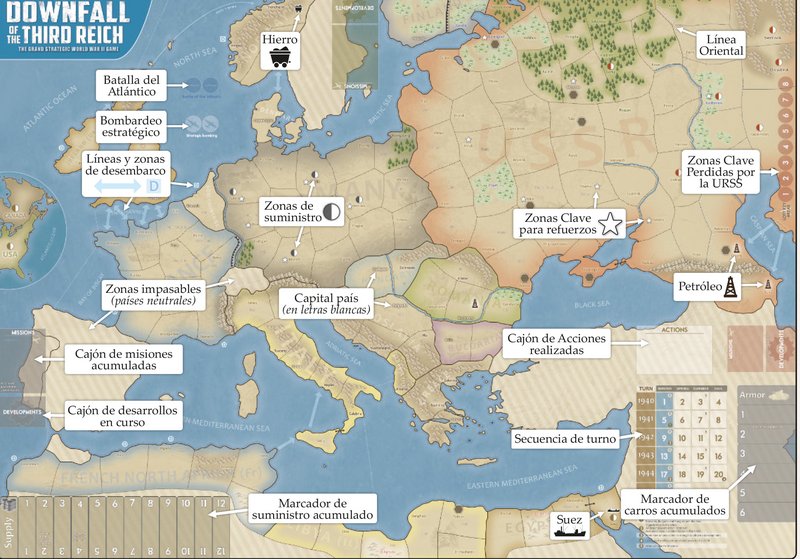 This game can be played from 2 to 3 players: Axis (Germany and Finland),  Allies (United Kingdom and France) and  Soviet Union, Other major and minor countries will join the war later on in the game. Each player controls one side. With two players, one player leads the Allies and the Soviet Union. It has twenty-two three-month turns, starting in winter 1940, when Germany is preparing to invade France (having started World War II by invading Poland) and the Soviet Union has already  attacked Finland. 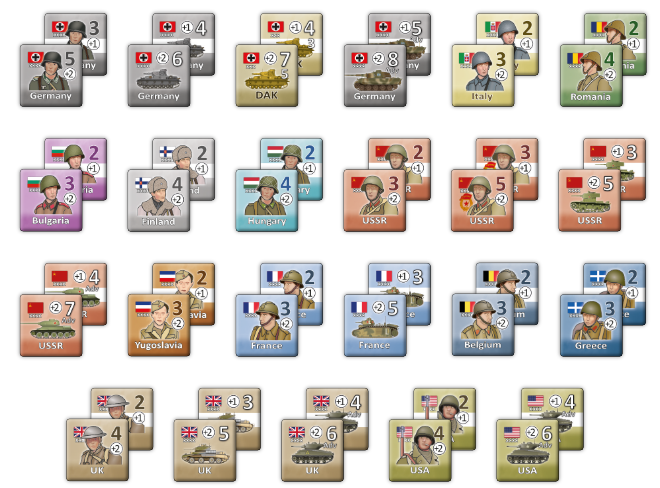 Moving and attacking do not spend any action but players need to have enough supply to do them. 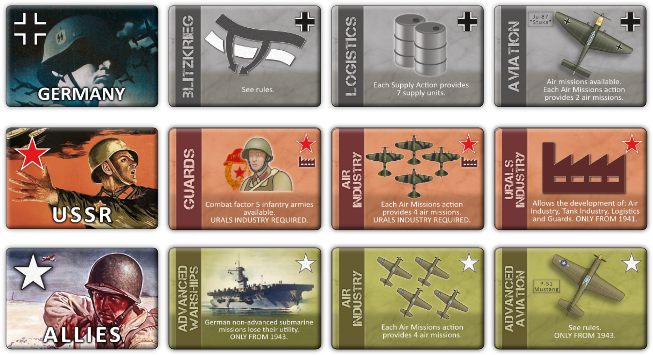 At the end of the game you win by victory points obtained by controlling the key areas on the map. 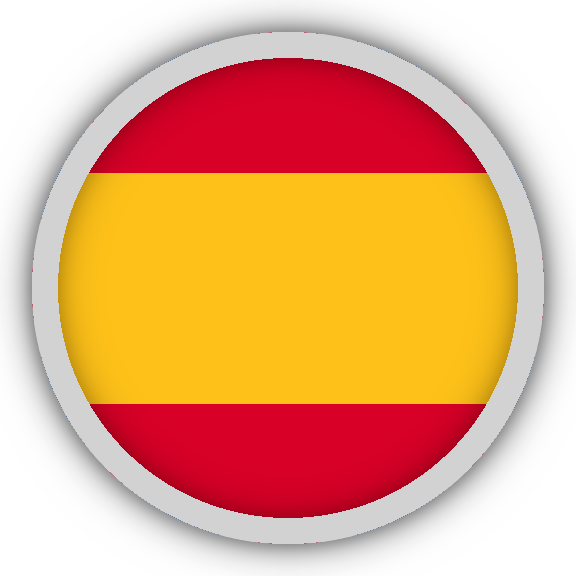 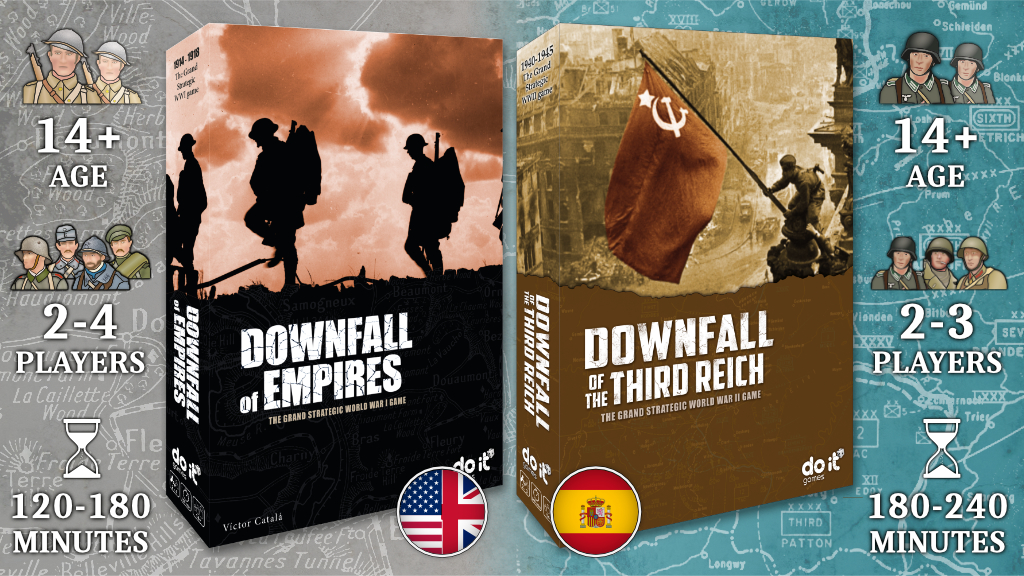 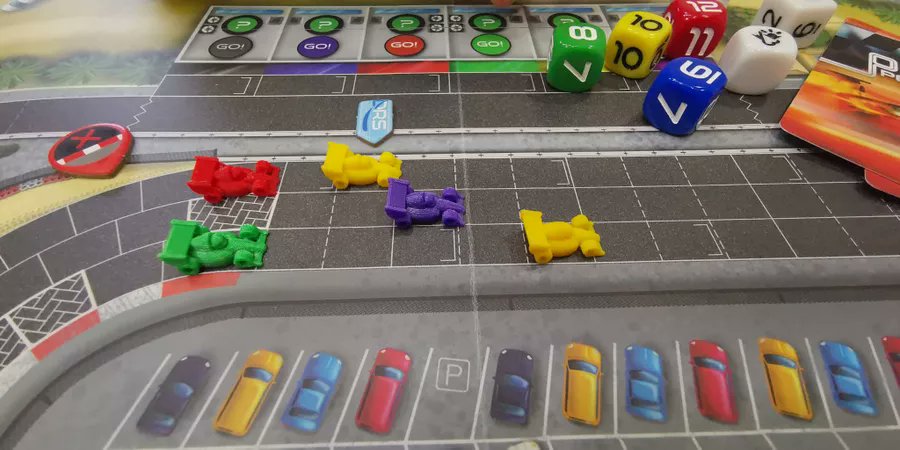 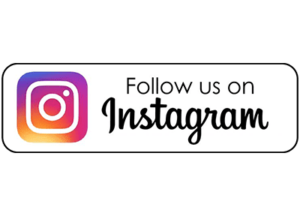